Differences between revisions 1 and 2

The 'Cortical Hubs' (CHubs) are regions-of-interest defined by cortical thickness differences between older controls and individuals classified as having AD, created using the OASIS data set. These ROIS were used in the study The Dynamics of Cortical and Hippocampal Atrophy in Alzheimer Disease, Sabuncu et al.. See also: Supplemental

Freesurfer v5.2 (and v5.1 local) contains these ROIs as labels, found in the directory $FREESURFER_HOME/subjects/fsaverage/label. There are eight: 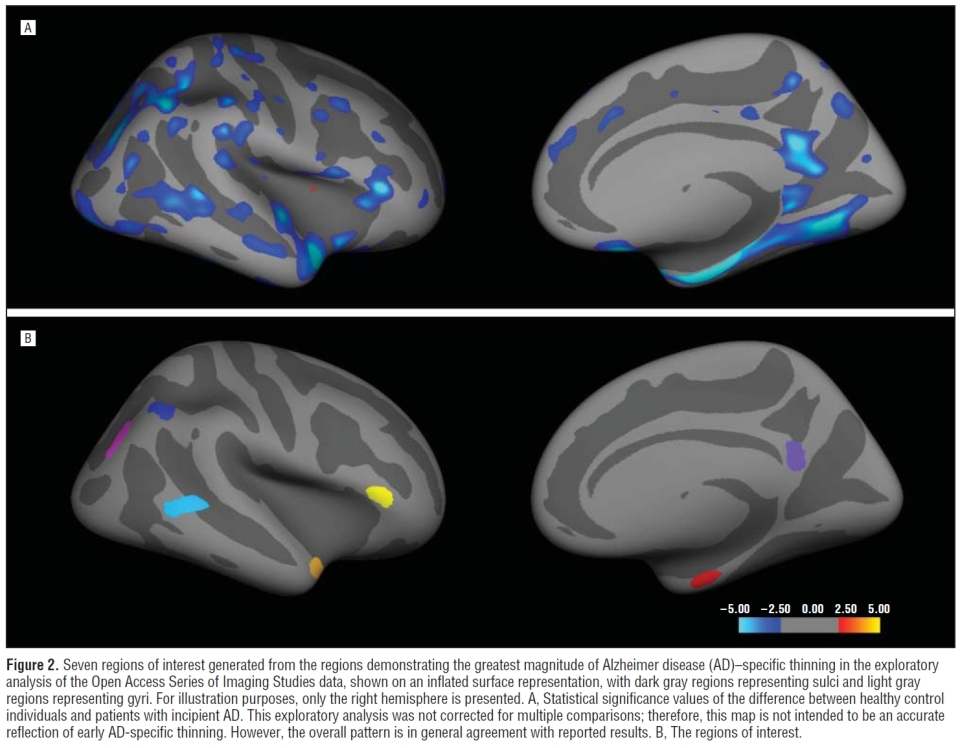