Differences between revisions 6 and 7

B. Visualizations of problem areas in MR1 are here: MR1 :In the brain.finalsurfs.mgz volume (your aux volume in tkmedit) you can see the pial surface encroaching into the cerebellum in slices 65-78 : Representative slice 74 shown below, problem at coordinates 161 98 74 in right hemisphere 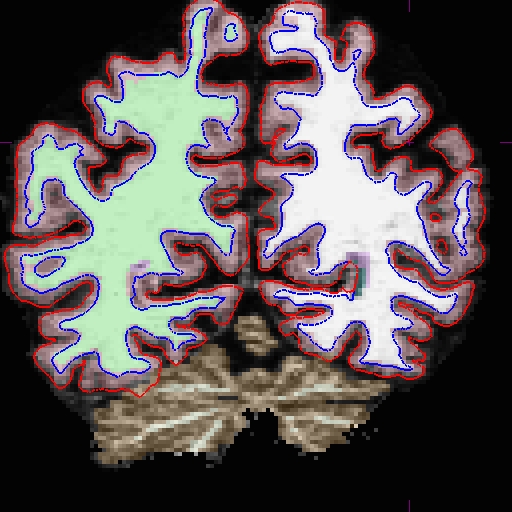 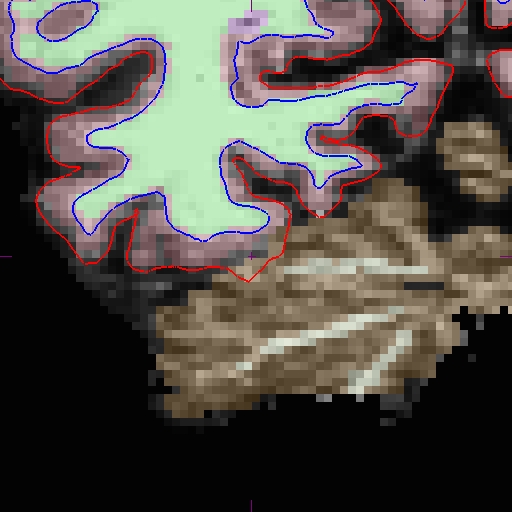 Go through and remove the voxels in the cerebellum and just surrounding that cause the pial surface misplacement.

The results will look as follows: 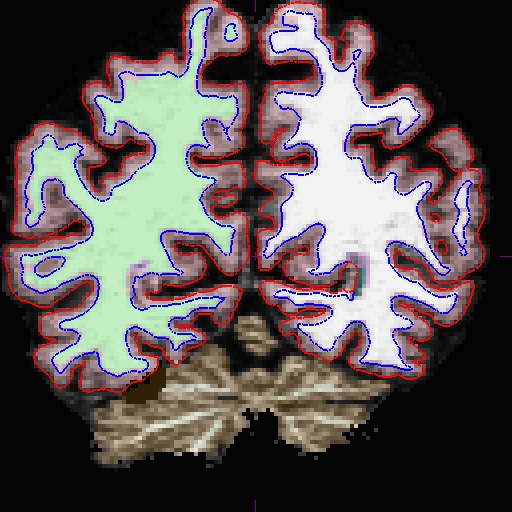 Everything described thus far for MR1 should be repeated for MR2 as required. Next, it is time to fix the base for this subject - return to the previous page to see how.