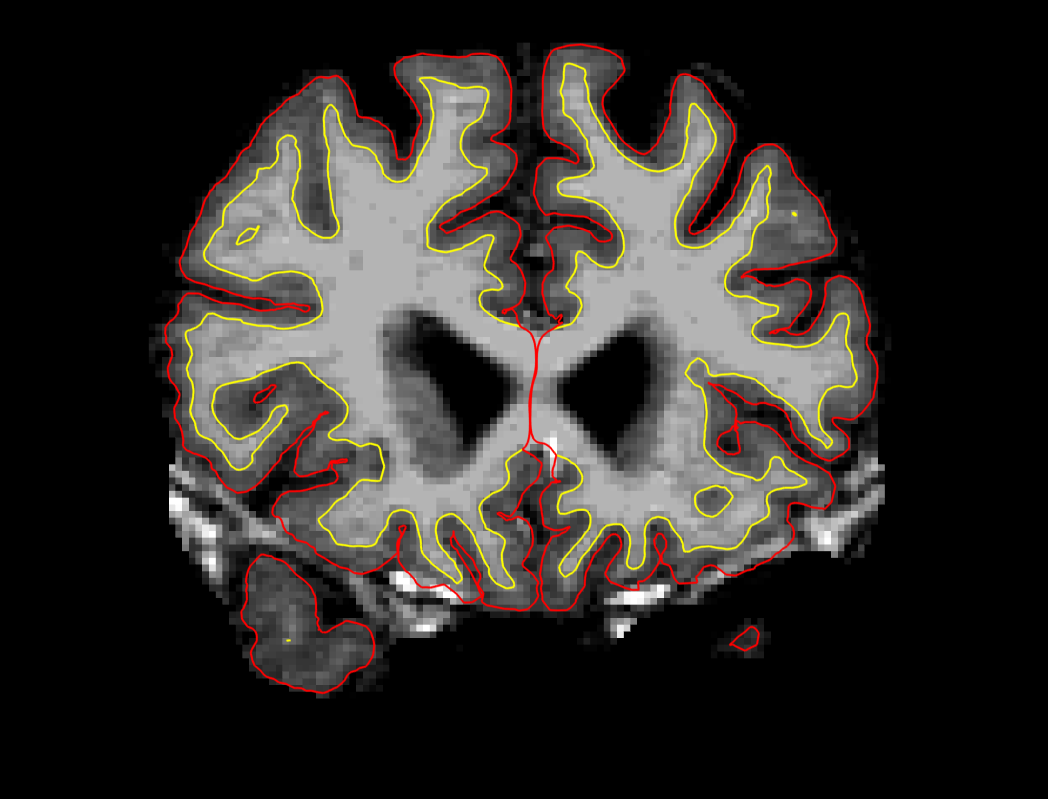 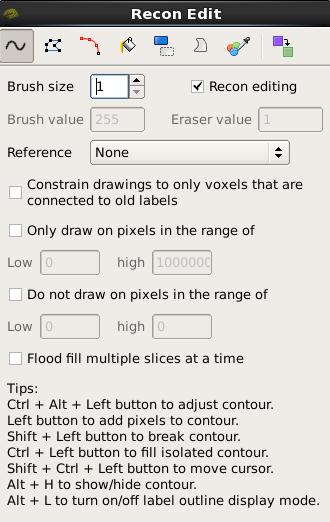 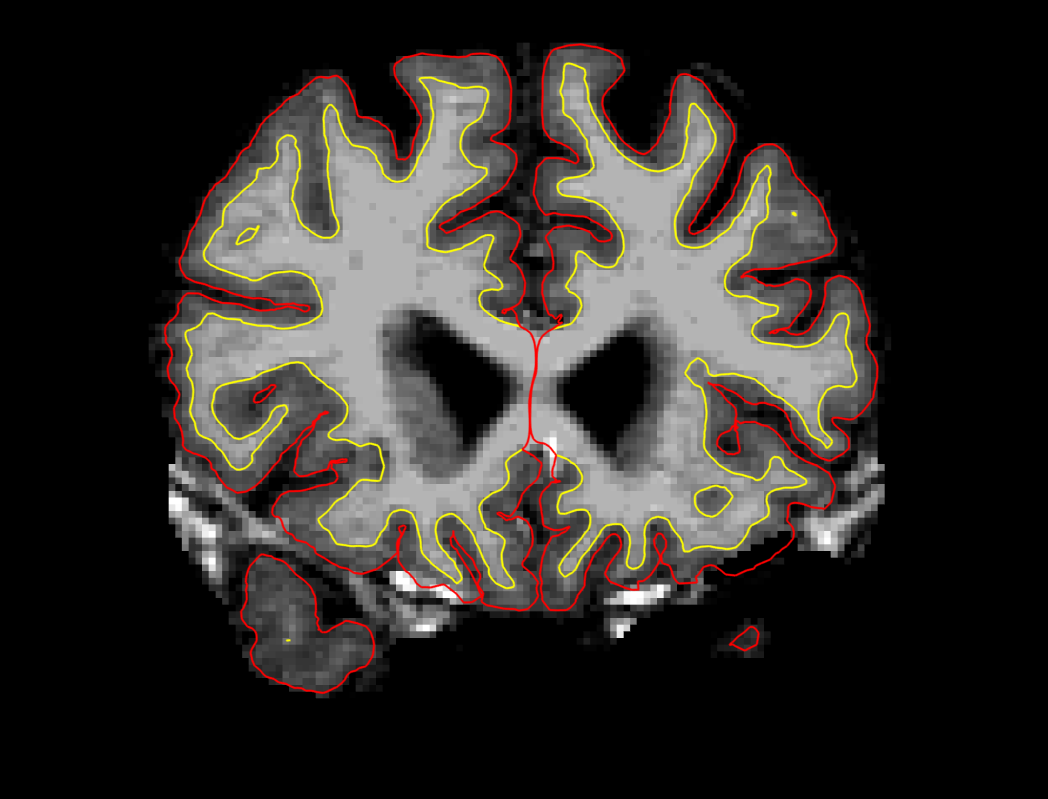 Continue on the other slices until the dura is removed. Ctrl-Z and the Undo button

at the top in freeview allows you to go back and undo as many edits as you like. Video Tutorial:
pialedits.mp4
At any time, you can save the changes you've made to the brainmask.mgz (if attending a course, do not need press save) volume by selecting Save Volume in the freeview File menu or by clicking the Save Volume

Do not run this command if you are conducting the tutorial! This step will take a long time and there is no need to run it for the tutorial purposes. After regenerating the pial surface, it should look like this on slice 157: 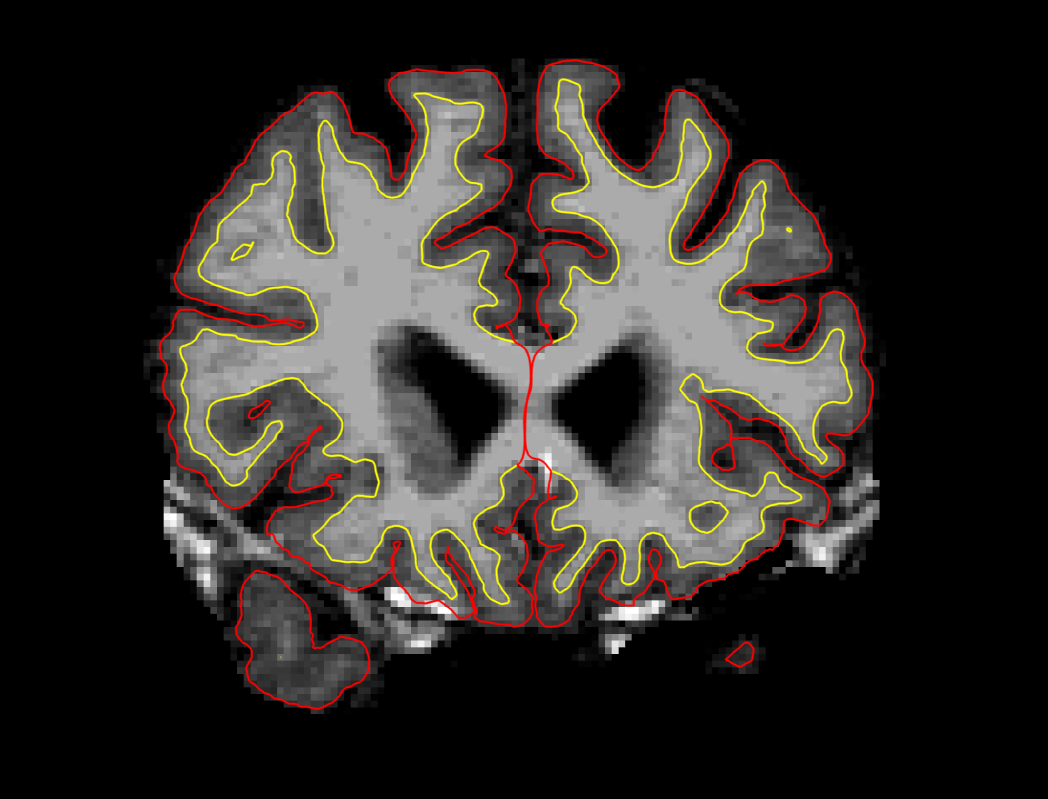