Differences between revisions 41 and 42

Note: you only need the ?h.orig.nofix surface here; the other surfaces might not have been created if recon-all failed due to large topology defects. Use the PageUp and PageDown keys to scroll through the volume (or the up and down arrows) to find the error in white matter surface. If you look at coronal slice 57, there is a defect in the left hemisphere closer to the midline, where some white matter voxels are segmented incorrectly. This type of topological defect is called a 'hole' which needs to be filled as opposed to a handle which needs to be cut. 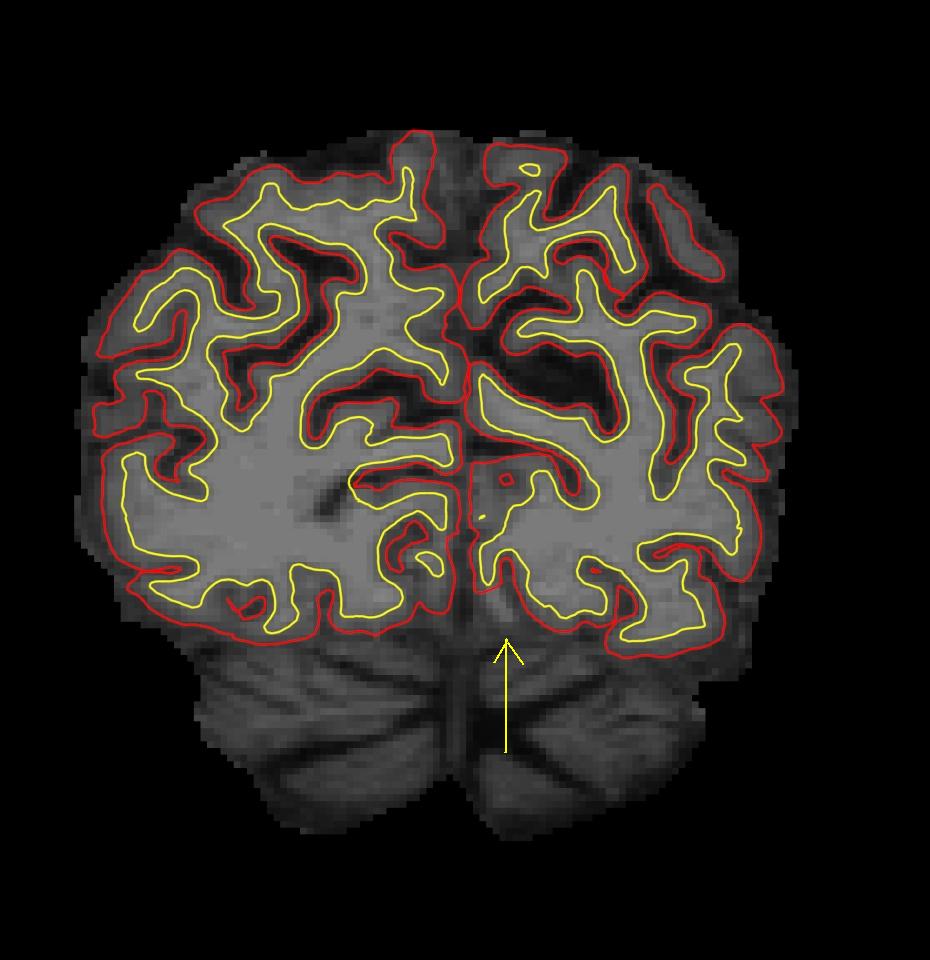 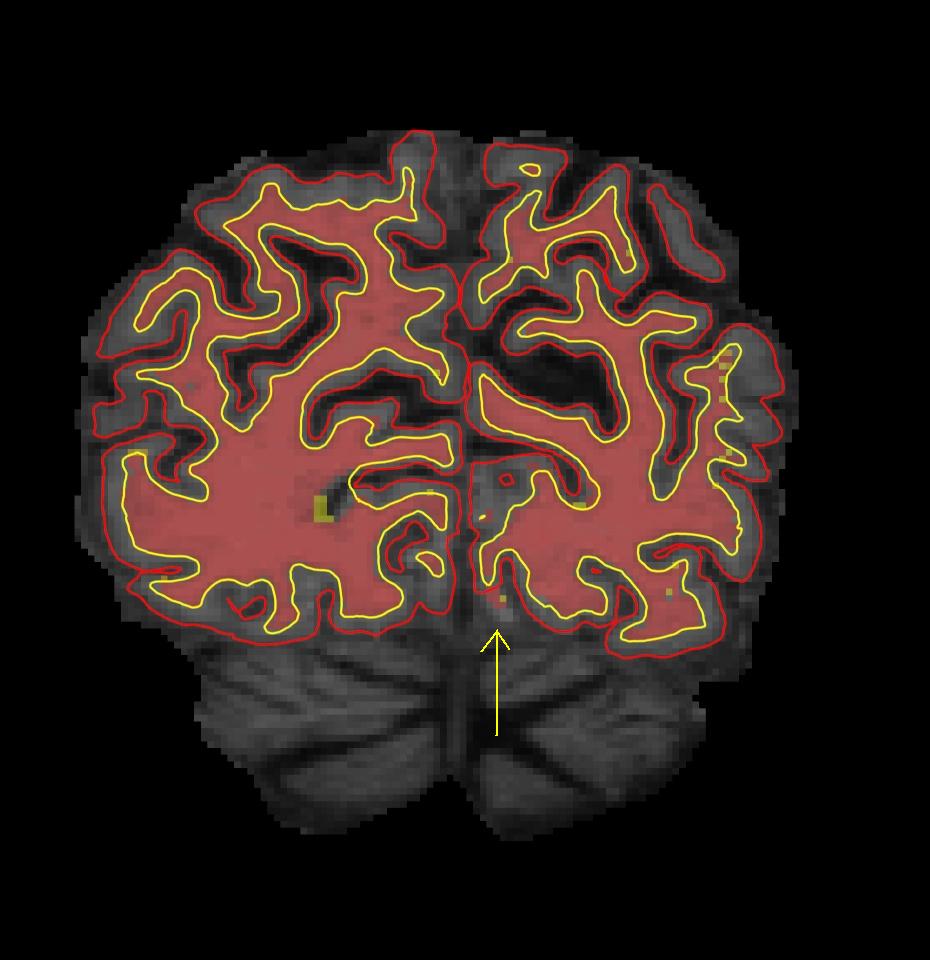 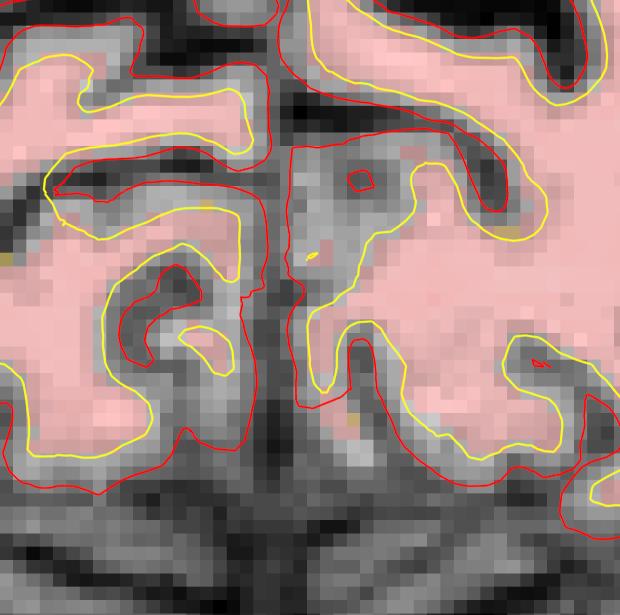 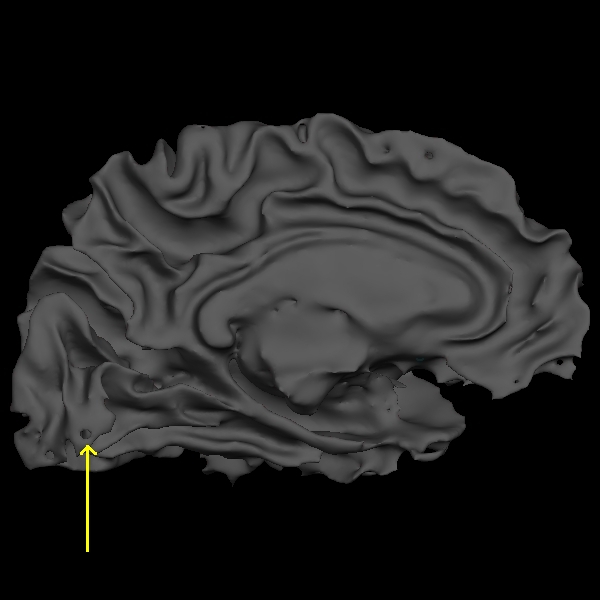 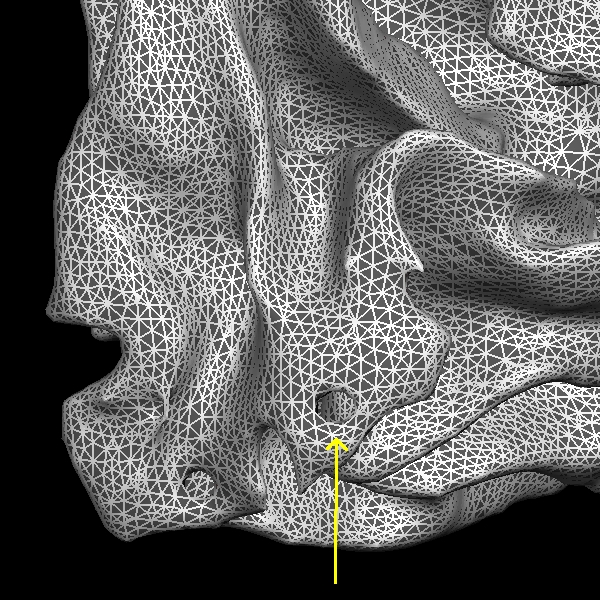 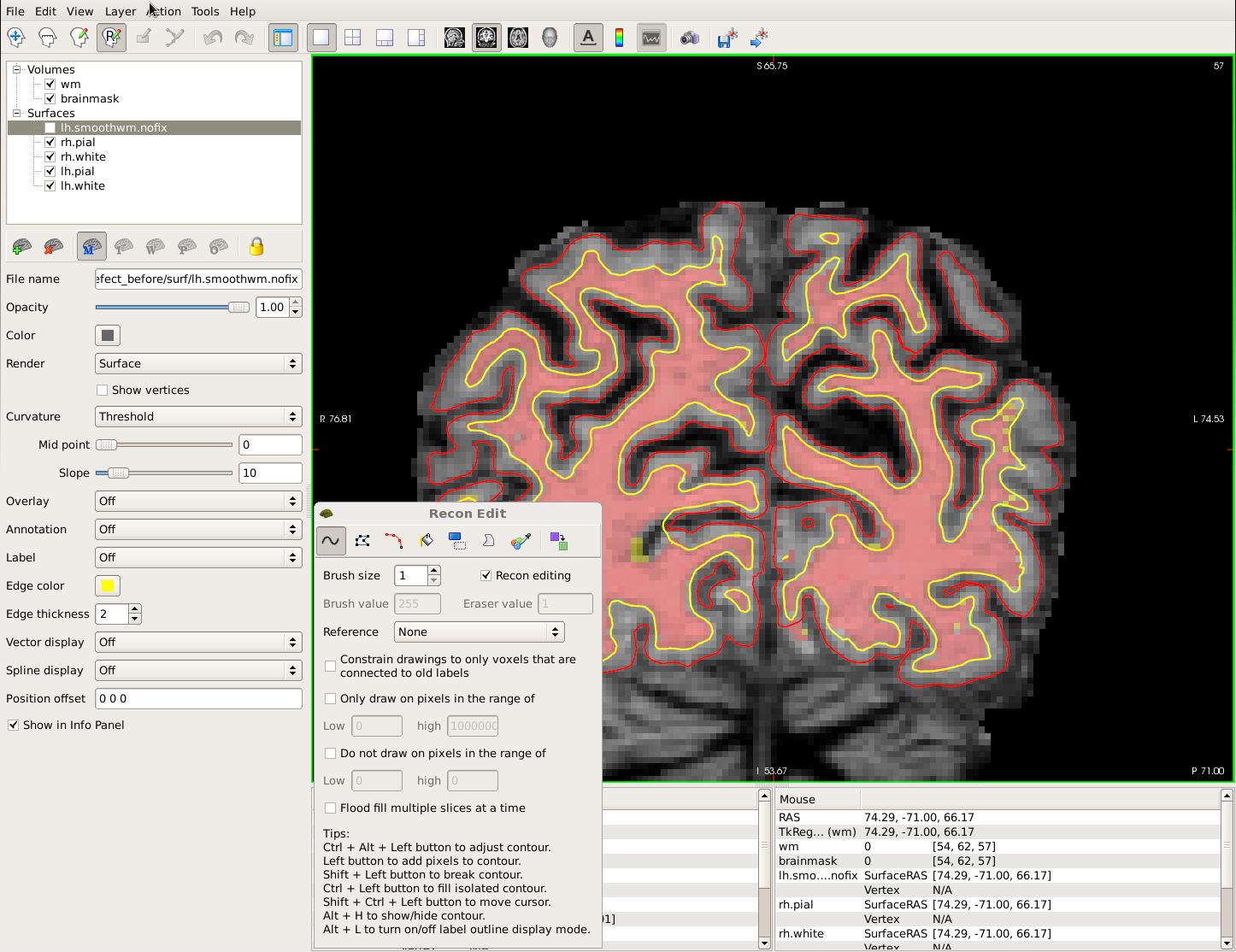 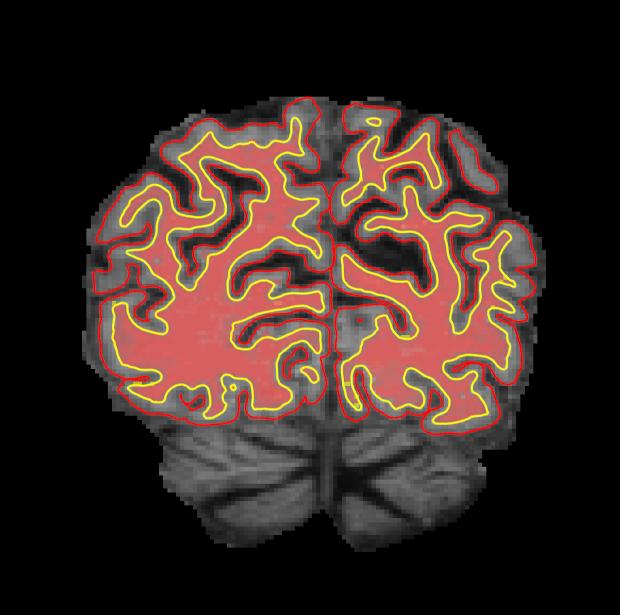 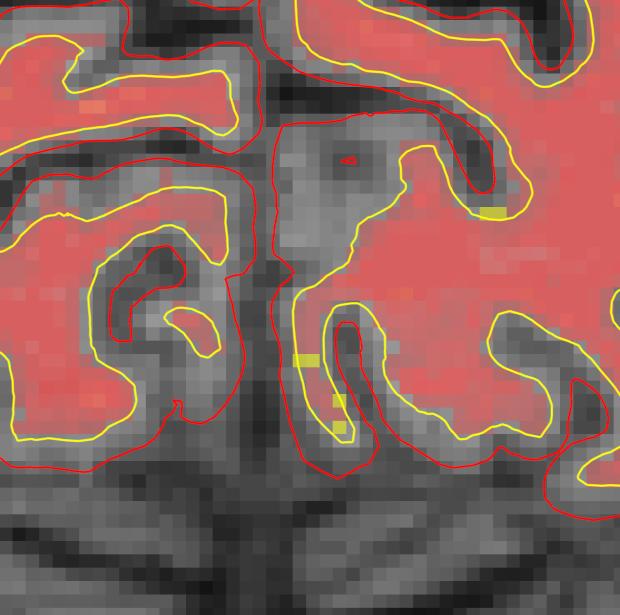