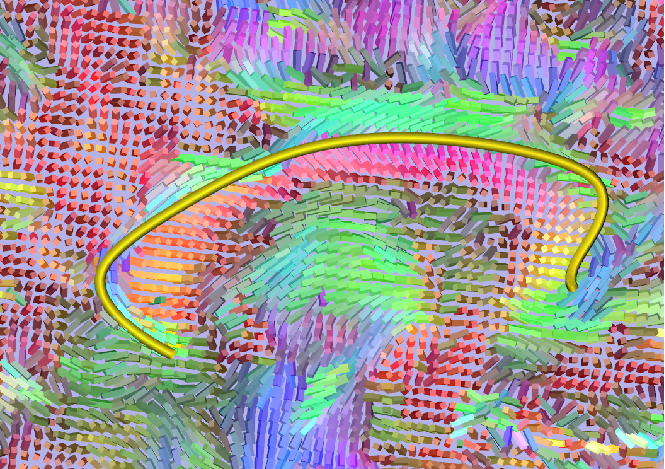 Pathways calculated by dmri_poistats can be visualizated by scuba2. The path can be visualized as an isosurface or as a tube and various parameters can be changed when in different modes.

After launching scuba2, load a path by:

This will load your pathway into scuba2.

In the Display Layer you have two modes of interaction, 2D and 3D. You can switch between 2D and 3D mode by selecting either the 2D or 3D radio buttons in the View panel. The default is a surface rendering of the path rendered as a thresholded surface--an isosurface. In 2D mode, you'll see the path as an outline of where the current slice intersects with the surface. In the 2D and 3D mode you can configure the following:

In 3D mode, you gain a tube representation of the path. While in 3D Mode, you get the following additional options: