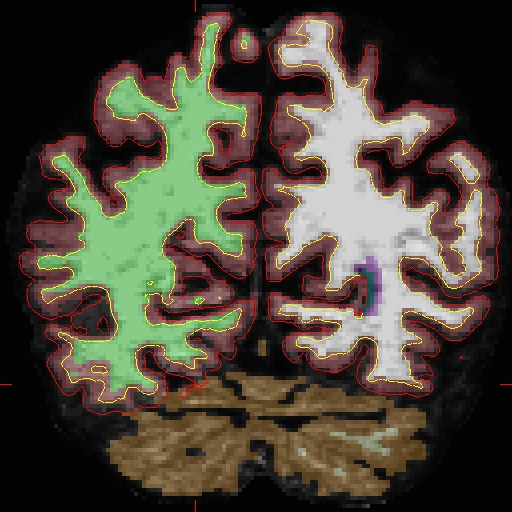 When recon-all is rerun, it will find the ...manedit.. file and knows that we want to incorporate manual edits. 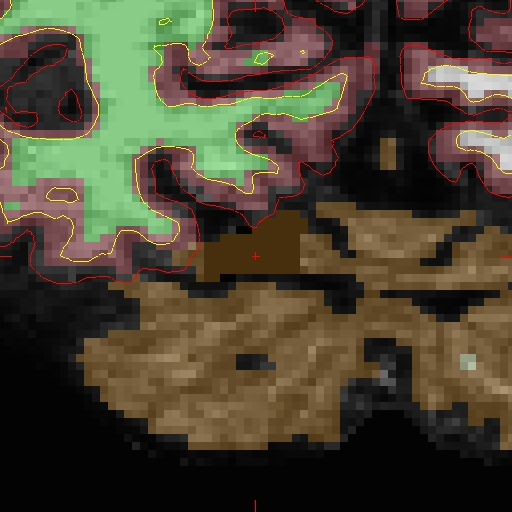 After looking at and fixing the problem in MR2, open MR1, and find the corresponding problem area (will be found in a similar slice range):

Fix the problem just as done for MR2.