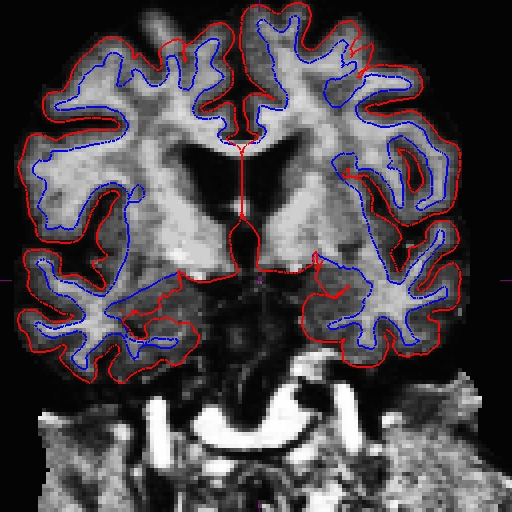 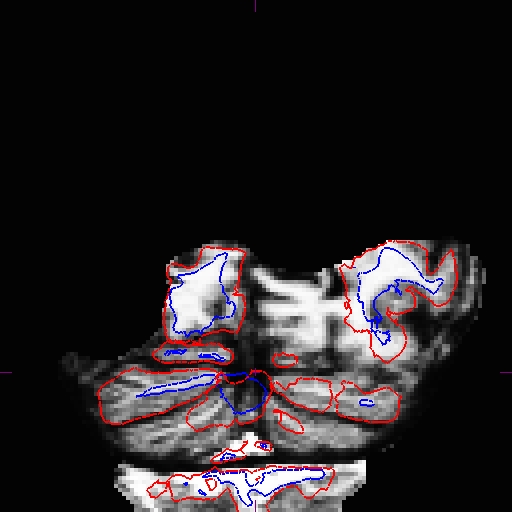 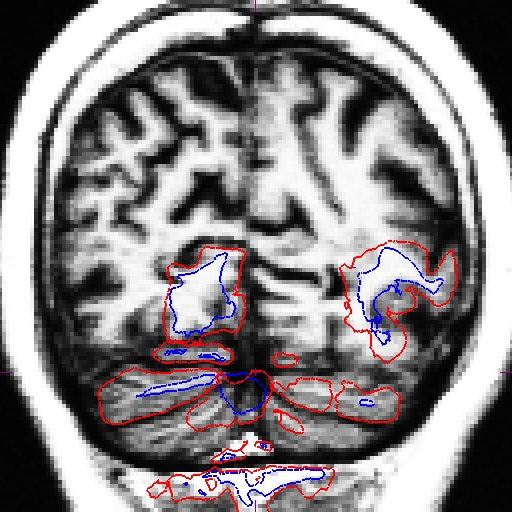 If you ran the commands, take a look at your output volumes (directory w/o _fixed), or simply check our edited volumes, and verify that the result of the new skull stripping is correct:

After you are satisfied with the results, remember to run the rest of the cross sectional recon-all steps for all timepoints that you made an adjustment to:

To save time, you can check in with the recon-all-status.log in the scripts directory of these subjects to see if the normalization step is complete. Once that step is complete, you can start recreating your base (remove/rename the base dir if it existed, e.g. mv OAS2_0004 OAS2_0004_old, before running this):

Compare the base in the before (left) image at slice 173 and after (right) image at the corresponding slice 180.

You should see the same improvement in the skull strip for OAS2_0004_MR2.long.OAS2_0004 as well. Note that, although much has been fixed, there are still problems here that need special treatment (e.g. inclusion of dura in the surfaces).