3D Slicer is a software program for visualization, registration, segmentation, and quantification of medical data. It is developed as a collaboration between the MIT AI Lab and the Surgical Planning Lab at Brigham & Women's Hospital. The 3D Slicer homepage is http://www.slicer.org.

Within the MGH NMR Center, 3D Slicer is already installed on the network for both the Linux and Mac OS (PowerPC and Intel) platforms. You start 3D Slicer by typing:

Remember that you do not need to install 3D Slicer if you are connected to the NMR Center network (see above).

If you want to install 3D Slicer on your non-networked computer, go to the Slicer2.6_Getting_Started page and follow the simple instructions for your machine.

To learn more about using Slicer, refer to the Slicer_User_Training_101 page which contains self-guided tutorials and sample data for Slicer2.6. Specifically, the Slicer Training 6: vtkFreeSurferReaders Module tutorial will teach you how to visualize Freesurfer generated subcortical segmentations and cortical parcellations both as color coded shading and as 3D models (see screenshots below).

Below are screenshots of 3D Slicer (slicer v2.6) making use of the vtkFreeSurferReaders module to display subcortical segmentation (aseg.mgz) slices and selected structure volumes: 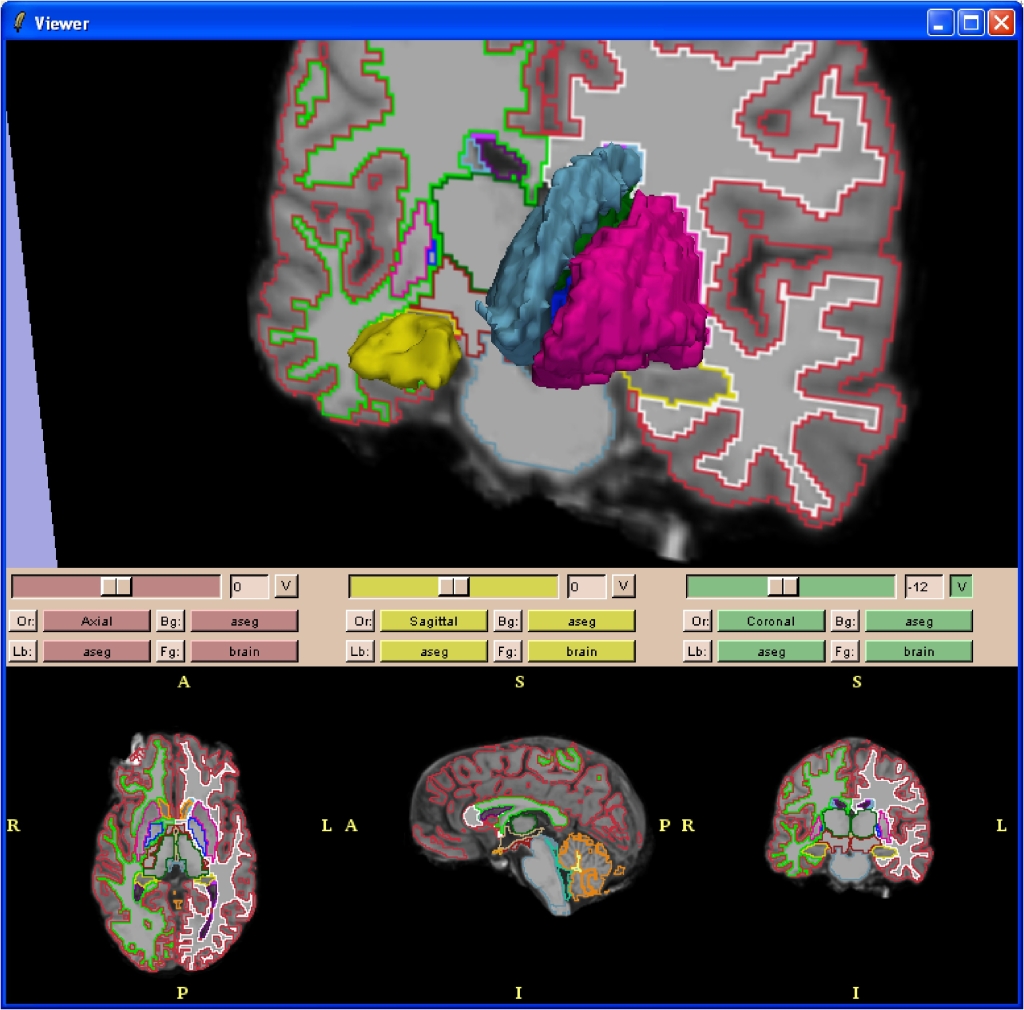 Detail of the hippocampus: 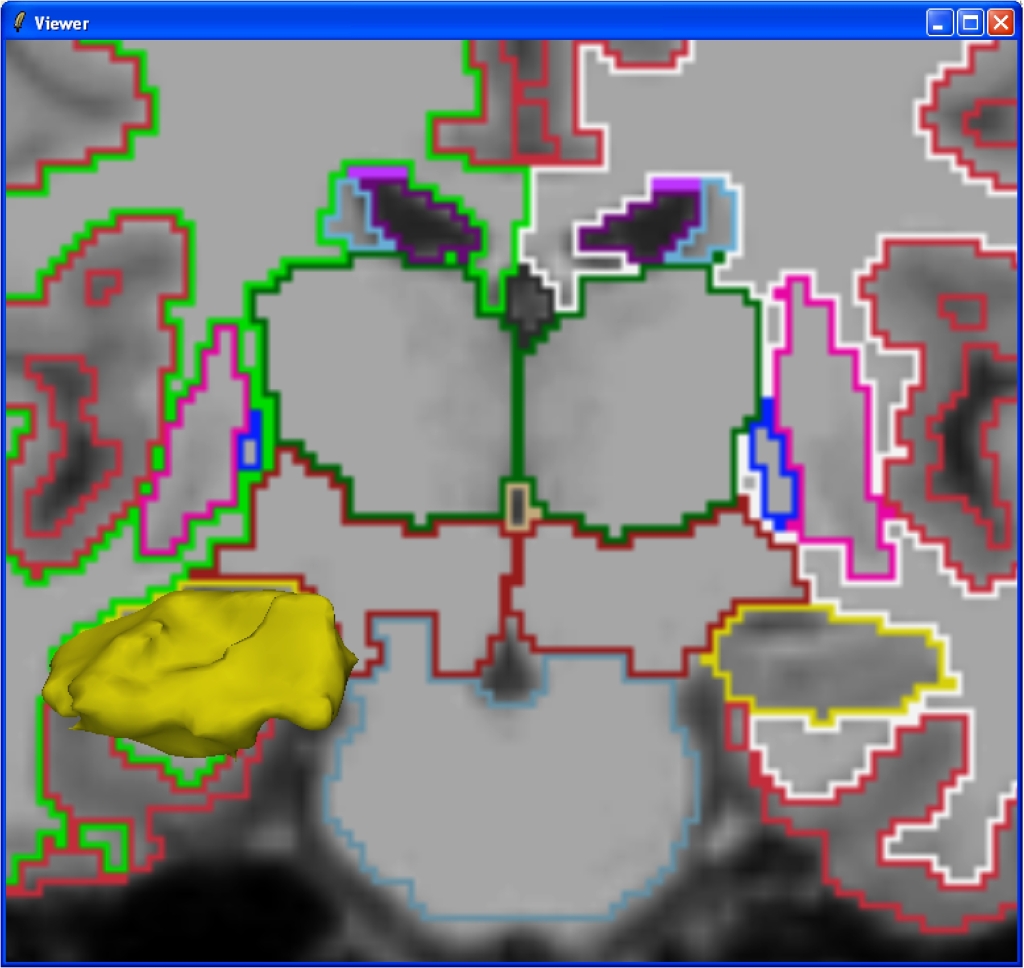