Below is a visualization of the problem area in the base: brain.finalsurfs.mgz, slice 89 at coordinates 98, 172, 89 in right hemi. The problem area extends through slices 85 - 94. 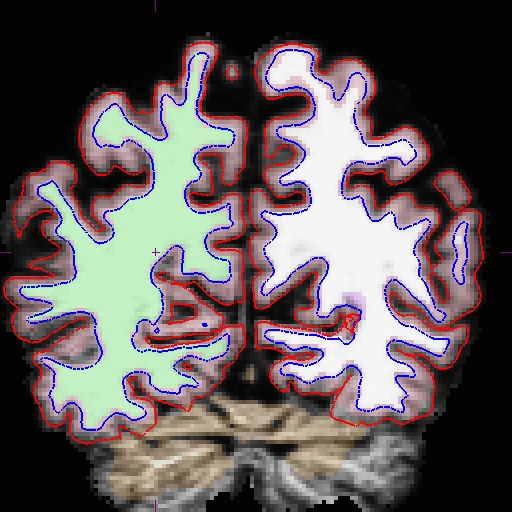 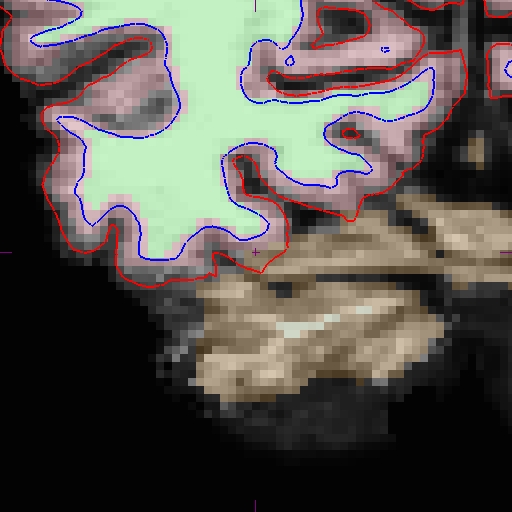 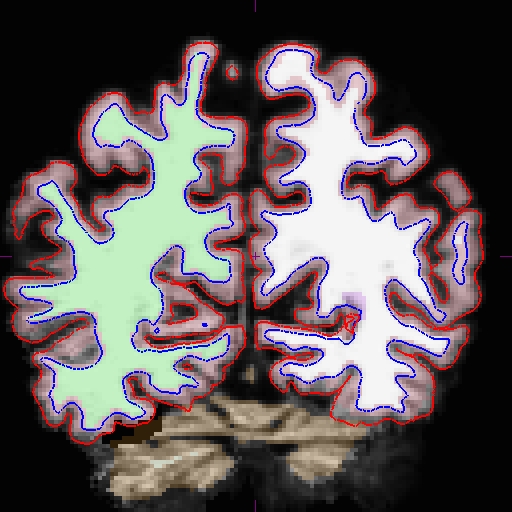 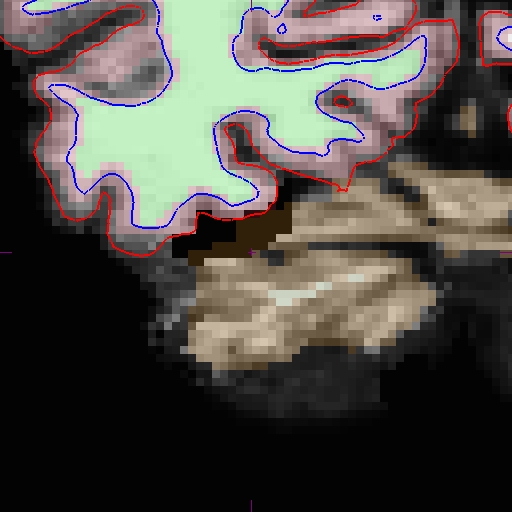